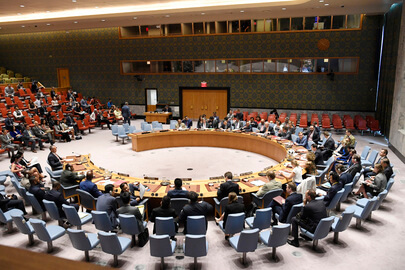 Significant shifts in Israel-Palestine realities make peace harder to reach By Ghassan Michel Rubeiz There is a world of difference between peace-making and pacification. The former is a participatory process and the latter is an act of imposition. To facilitate peace, Jared Kushner, President Trump’s advisor and son-in-law, wants to make a financial deal with…

Palestinians ‘let down by their leaders,’ Kushner says

Palestinians ‘let down by their leaders,’ Kushner says Kushner led the two-day Peace to Prosperity conference in Manama and on Wednesday discussed the aftermath of the workshops with reporters mainly from the Arab World during a 30 minute long teleconference. Our door is always open to the Palestinian people and to the Palestinian leadership, says…

Open Letter to Jared Kushner and all Americans who ‘drive drunk’ 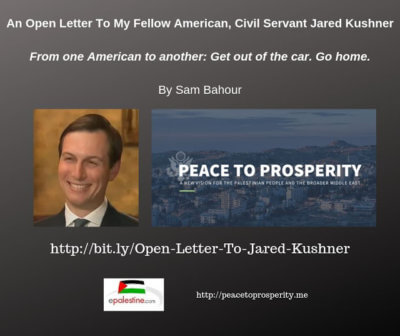 Responding to Jared Kushner’s “Peace to Prosperity Economic Plan” is Sam Bahour’s “Open Letter To My Fellow American, Civil Servant Jared Kushner: From one American to another: Get out of the car. Go home” that follows this reminder from Jonathan Ben Artzi, a nephew to Israeli Prime Minister Benjamin Netanyahu, who went to prison for 18 months for refusing to serve…