Who:    Chicago Coalition for Justice in Palestine 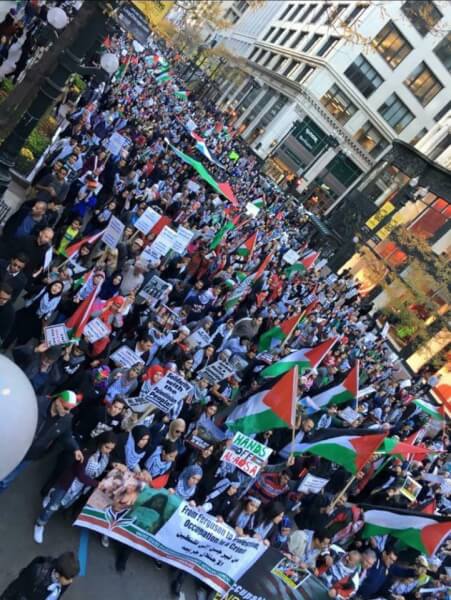 Members of the Chicago Coalition for Justice in Palestine will gather in front of the Chicago offices of Facebook to protest the silencing of pro-Palestinian voices on social media. Facebook has shut down the accounts of many Palestinians and has hid the brutality of the Israeli occupation. From shadowbanning accounts to deleting posts, the social media giant has been complicit in derailing the dissemination of information related to Palestine.

Even Facebook employees have circulated an internal petition calling for the company to investigate content moderation systems that led many Palestinians and allies to say their voices were being censored, according to an article in the Financial Times. During a time when the availability of information and sources on the ground have been crucial to the survival of the Palestinian people, social media has become especially central in the struggle for Palestinian liberation.

Our organizations and allies stand together to unequivocally say no to censorship.