Wael Kfoury to entertain at Valentine’s Day in Detroit 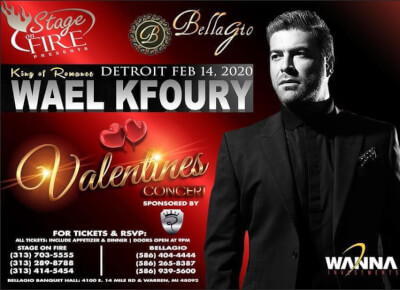 Wael Kfoury to entertain at Valentine’s Day in Detroit

Lebanese entertainer and singer Wael Kfoury will be the star performer at a Valentine’s Day concert to be held in Detroit on Feb. 14, 2020 for Valentine’s Day.

For more information, visit his Facebook page by clicking here.