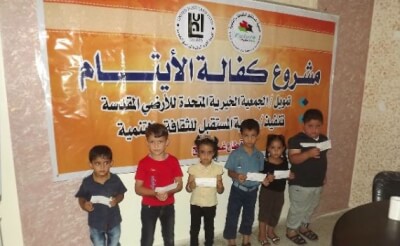 The United Holy Land Fund, the nation’s most reputable and dependable charity supporting Palestinian culture and society, will host its annual Al-Nakba Commemoration on April 11, 2020 at the Oak Lawn Hilton Hotel.

The United Holy Land Fund “UHLF” is an American Palestinian charitable, Tax-exempt (436-100111), humanitarian nonpolitical organization. It has been diligently working to alleviate the plight of needy Palestinians since 1968, and in full compliance with the federal, state and local governmental rules and regulations.

Helping the Palestinian people to be productive, peace loving and self sufficient in their own country by building, enhancing and nurturing their health, social economical, and educational institutions.

We cater to the needs of orphans, widows, handicapped, injured and the unskilled. We support vocational, civic, educational, health and rehabilitation programs, and help needy Palestinians to cope with the hardships caused by the Israeli military occupation.