Islamophobia to be focus of fundraiser in California 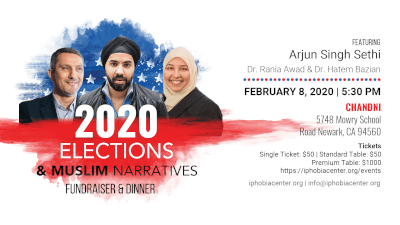 Islamophobia to be focus of fundraiser in California

ISC’s annual benefit dinner this year as we share the impact and breadth of islamophobia as it manifests itself during this election cycle.  Hate crimes spike during election cycles and our speakers will discuss how islamophobia and racism are politicized and utilized as a tool; effectively normalizing dangerous rhetoric and moving islamophobia from the theatre of harassment to possibly fully institutionalized and systematic legislations.