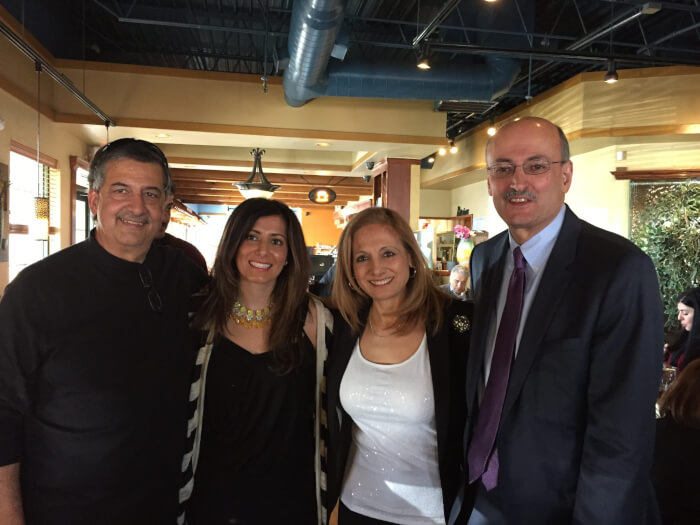 Activist Warren David of ArabAmerica.com joins syndicated columnist, podcaster and radio talkshow host Ray Hanania in discussing the upcoming Arab American Heritage Month of April, the impact of the Coronavirus on the Arab American community, as well as the top stories including in the recent elections Friday March 13, 2020 at 8 am on WNZK 690 AM Detroit Arab Radio

Warren David, the editor of ArabAmerica.com will join radio host, syndicated columnist and podcaster Ray Hanania on addressing the annual Arab American Month of April celebrations, the impact the CoronaVirus is having on Arab Americans, and what the big stories are in the community.
Warren David and his wife Amal are the editors of the popular news website ArabAmerica.com
We’ll also talk about elections, the role of Arab Americans in public life and the challenges we face as a community.

A third-generation Arab American of Lebanese and Syrian heritage, Warren David is the president of Arab America (www.arabamerica.com) formerly Arab Detroit. Arab America disseminates events, news, music and culture and is a leading provider of digital media to the Arab American community.

David was also the former National President of the American-Arab Anti-Discrimination Committee (ADC) in Washington, DC. Founded in 1980 by former US Senator James Abourezk, ADC is the largest grass-roots organization of Arab Americans in the U.S., protecting civil rights, promoting mutual understanding and preserving the Arab American cultural heritage.

He was also a creator/producer of the “Images and Perceptions of Arab Americans” diversity workshop series in Detroit, which successfully educated over 1,500 educators, government employees, corporate employees, and media professionals about issues confronting the Arab American community.

David was the executive producer of “Arabesque: Insights into Arab Culture,” and was responsible for producing this national radio series, which aired on WDET-FM and was distributed via satellite to more than 50 National Public Radio affiliates. The series won a “Gold Medal” from the International Radio Festival of New York, the first such award ever presented for a radio program about the Middle East.

He is also the president of David Communications which is a multi-cultural public relations, advertising and marketing firm which specializes in media relations, electronic media production, printing and website development and event planning.

Extensive expertise in executing marketing and multi-media campaigns including but not limited to advertising, public relations, print, television and radio production and website development–with special expertise in multi-cultural marketing.