For his own good, Saudi Crown Prince must seek graceful exit from Yemen

Saudi military actions in Yemen have caused a humanitarian disaster. With the killing of journalist Jamal Khashoggi, the situation has built up pressure to require Saudi Crown Prince Mohammed bin Salman to end conflict

The civil war in Yemen is essentially a sectarian and tribal conflict but Riyadh has made its neighbors’ troubles worse by meddling in their affairs over past decades. With arms and political support received from Washington the Saudis have in recent years gone deeper in their manipulation and grown bolder in their confrontation, not only in Yemen.

The humanitarian disaster in Yemen can no longer be ignored. Since 2015 a ten-state coalition, led by the Saudis, has been pounding their poorest Arab neighbor. Save the Children, an international social service and advocacy organization, reported last week that 85,000 young Yemeni children have died over the past two years. Human rights groups estimate casualties at fifty thousand but the official toll is given at only around a fifth of this estimate, an indication of the lack of recognition of the magnitude of this crisis. More than half the population is hungry or starving, cholera is spreading and the economy is collapsing.  Yemen is Riyadh’s Vietnam.

Civil wars do not end easily or swiftly. This conflict is led by Riyadh, which dominates the local government, and is supported by Washington. The local opposition groups are led by the Iran-backed Houthi minority. The Houthis are resilient mountain fighters, who belong to the Zaydi sect, a religiously moderate community of Shiites. The Houthis and their local allies have been fighting the weak government for five years. The rebels occupy the capital city of Sana’a and a wider strategic area.

The dynamics of this deadlocked conflict have recently changed. There is now an opportunity for peacemaking. The two warring sides, the government and the Houthi leaders, have accepted an invitation from Sweden to participate in UN-sponsored peace talks in December. A short-lived ceasefire, suddenly called by Washington, was interrupted last week by renewed fighting in the strategic port city of Hodeida, where the Saudi-led coalition has made territorial gains. But now, the two sides express willingness to start negotiations, despite the return again of air raids on the rebels, as of this writing, November 25. 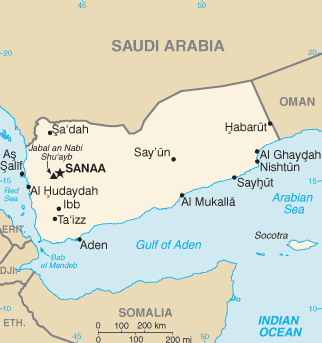 A shocking crime which took place in Turkey precipitated the ceasefire ordered by Secretary of State Pompeo and Secretary of Defense Mattis: the gruesome murder of a Saudi Washington Post contributor in a Saudi Istanbul consulate.  Horrible events sometimes have silver linings. The circumstances of this crime which occurred under the spotlight of global media have engaged Washington, Istanbul and Riyadh and slowed the pace of the war in Yemen.

The fallout from Khashoggi’s murder, assumed to be approved by the Saudi crown prince, is forcing Riyadh to change the way it conducts politics. The relations between Saudi Arabia and the US are bound to change despite President Trump’s skepticism of the CIA conclusions- which link Riyadh’s government to the murder.

Crown Prince Mohammad Bin Salman, MBS, will pay dearly for this murder; his future is on the line. Even if MBS had not known of the plot of this politically dangerous murder, he is still accountable for being terribly naïve and isolated from the decision making of his own government.

As strongman Saddam Hussein eventually destroyed Iraq, MBS is undermining his own state. He mistakenly believes that his oil-rich kingdom is able to defeat Iran, a military regional power. He is leading his wealthy state in a brutal, fratricidal campaign against impoverished Yemen. As MBS destroys Yemen he ignores the fact that the Yemenis had, not in the so distant past, built the roads, bridges and schools of modern Saudi Arabia. Ending the war in Yemen, restoring relations with Qatar and toning down rhetoric with Iran may be the best policy adjustments MBS could make to save his country and hold on to his shaky political position.

The Saudi royal family is suddenly worried about its future: the Khashoggi story won’t go away; President Trump looks ridiculous in defending his deal-making loyalty to Riyadh; the US military is no longer active in the air campaign on Yemen; oil prices tumble; and Democrats- who are becoming more critical of US policy in this conflict- gain strength in the House of Representatives. In the US congress there is mounting bipartisan pressure on Riyadh to halt the war in Yemen and find a political solution. Americans are demanding a review of foreign policy on Yemen and Saudi Arabia. https://mail.google.com/mail/u/0/?tab=wm#inbox/FMfcgxvzLhnFJjWjQWXzbqZRJvghbGjv

Finding a sensible solution for Yemen requires rational dialogue with Iran. Is Iran ready to offer concessions, considering Washington’s new set of sanctions? Tehran, currently in a dire economic position and overextended in Syria and Iraq, is likely to cooperate with Riyadh and Washington in the search for peace. Under severe US sanctions, Iran may use the international negotiation on Yemen as a stepping stone towards relief from isolation, and for dialogue with an angry Sunni Arab world. For their part, the Houthi rebels are starting to lose some of their territorial gains; their grip on the combat zone is loosening. Weakened Houthis and economically troubled Iran may be the two critical factors needed to bring compromise from all sides.

Will Khashoggi’s legacy, the rising global outcry and the new arrival of the congressional “blue wave” combine to generate peacemaking in Yemen?

Michelle Obama pens blog on Middle East trip Arab World
Jews and Arabs together: I am lucky to experience something I wish more could Bloggers