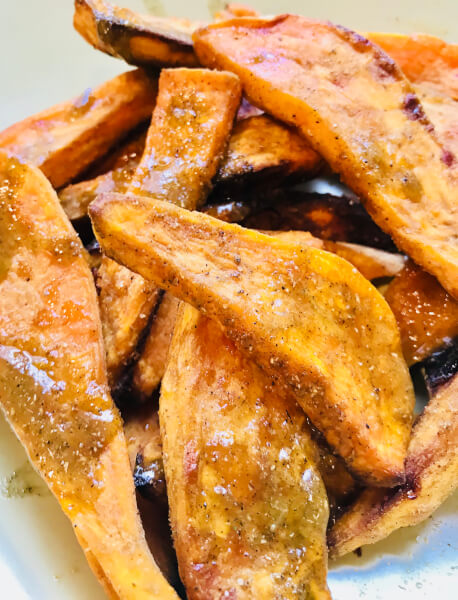 Now that the word is out, home cooks will want to know all about the tangy, crave-worthy flavor everyone’s talking about. Pereg, the leading purveyor of all-natural exotic spices, has the lowdown.

First of all, what is ZAHTAR? This collection of herbs and spices (sometimes spelled Za’atar, Zatar, Zaa’tar, Zahatar, and Zatar) has been a staple of Mediterranean and Middle Eastern cuisine for centuries. Base ingredients usually include hyssop, sesame seeds, oregano, marjoram, and salt. Like chicken soup or curry, there are countless variations. The way it’s made depends on where the maker’s roots are – some families keep their recipes “top secret.” 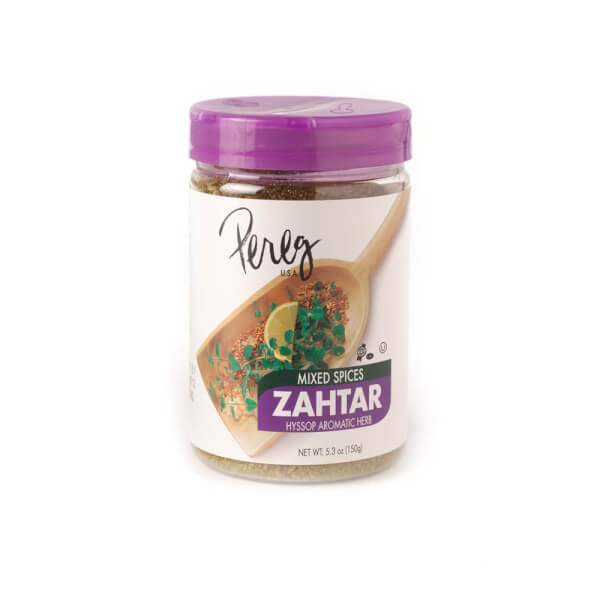 Here’s everything you need to know about this trend-setting taste sensation.

Now that you know all about this trendy “magic dust,” it’s time to give it a try!

Preheat oven to 400 degrees. Line a baking sheet with parchment paper and set aside. Place sweet potato wedges in a mixing bowl, place. Pour 2 Tbsp. oil and 2 tsp. Zahtar over and coat the potatoes well. (Reserve the rest of the oil and Zahtar for dressing).

Place potatoes on baking sheet and roast for 40 minutes. Meanwhile mix together the remaining oil and Zahtar and honey in a bowl. Drizzle over the potatoes before serving, when the potatoes are still warm from the oven. 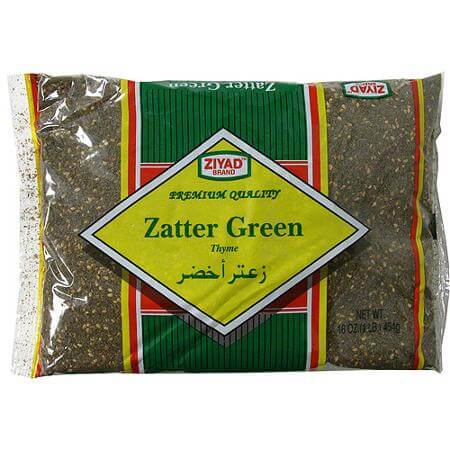 Pereg was established in 1906, and is based in Clifton, NJ. They first became known for their vast variety of pure and natural spices and spice blends, more than 60 in all, from traditional favorites to exotics from around the culinary world.

Today Pereg produces an array of all-natural products that includes ancient grains and ancient grain blends, gluten free pasta, couscous, rice, gluten-free cereal and much more. Pereg Natural Foods products are available at select retailers throughout the US and Canada, and on their website, www.pereg-gourmet.com.

Pereg manufactures all its products from start to finish, controlling the quality from the sourcing until the product is packed and ready for the consumer. All Pereg products are kosher certified by both the Orthodox Union (OU) and CRC, are dairy and lactose-free as well as all natural, with no additives or preservatives. Many products are also certified gluten-free and non-GMO. Follow Pereg Natural Foods on Facebook.com/peregnatural, Twitter @pereggourmet and Instagram @peregnatural.