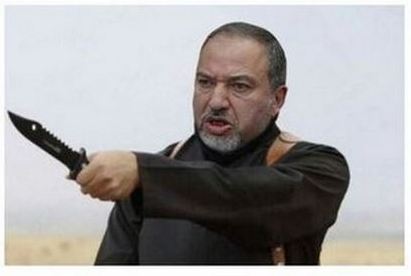 There has been an increasing wave of criticizing the Zionist racism describing it as fascist and even Nazi regime recalling the ever increasing racism within the Zionist colonial society. The latest statement was by the Zionist IDF Deputy Chief Yair Golan who compared the current racist trends in zionist regime to that one of Nazi Germany in the 1930s.

These statements of such a hi-ranked Zionist military officer has been faced by enraged criticism from the Zionist political spectrum which could be understood within the Zionist denial of the Palestinian people, taking on consideration that the Zionist colonial state was originally based on wiping the Palestinian people off the political map. The Zionist general has faced the consequences because the Zionist colonialists are not ready to face their own reality as they are backed by the coward and hypocrite West protecting them against any criticism with the ready to use weapon of “Antisemitism”, or “self-hating jew” as the case would be against this jewish general criticizing his own government and people.

The Zionist state was originally founded on the ethnic cleansing of the Palestinian people, a crime against humanity that was done by the Zionist terrorist groups throughout the 1940s. The Zionist crimes and racist trend have not been fully documented yet.

The scattered but continuous criticism by some Zionist leaders of the Nazi trend in the Zionist colonizer society like that of Yalon, Golan, Barak, Levy and the rest, represent the moral crisis which this colonizing society lives. This fascist trend is not only spreading but also is deepened as the whole Zionist society is drifting extreme right while the “left-wing” is being strangled and intimidated. This racist trend is not only noticed by the fascist characters joining the government like Liberman, Bennet, Shaked, Glick, Ben-Dahhan and the rest of the chorus, but also through the daily cold-blood crimes that are committed against the Palestinian natives and encouraged by the government.

This systematic racist policy of suppression against the Palestinian natives is committed daily at the checkpoint, the streets, workplaces and in the new introduced laws that legislate discrimination like the capital punishment (which will be applied on the Palestinian only, but not the jews) that was installed recently which came as a precondition by Liberman to get into the coalition, and it is not a surprise to add that Israel is committing a systematic extrajudicial and field execution policy that kills lots of Palestinians activists every year.

The new zio-fascist trend is not limited to the occupied territories in the West-Bank and Gaza, but it is also carried out against all the Palestinians including those living in and under the israli law where there are over 60 discriminatory laws that are applied on them as a “second class” citizens.

Here, we call upon the Palestinian leadership to expose this fascist trend at the international level and to stop cooperating with such a fascist government as “peace partners”. Meeting the fascist Zionist leadership and making “peaceful” dialogue with them gives them a moral and political cover for more atrocities, especially that the international community and the world public has reached to the point that the Zionist government doesn’t want peace but more occupation and more suppression for the natives, all what the Zionist might give is an autonomy by which it can get rid of the overpopulated areas and put the economic and security burden on the Palestinian side.

It should be noticed that the Zionist fascist trend is neither a new nor a temporary one, It is a dangerous trend that will have destructive impact on the occupied Palestinians in the very seen future. No one predicted the heinous Holocausts of the Nazi though there were lots of warning signs a decade before, and here we are warning from the coming Holocaust committed here and now by the Zionist fascist regime if not stopped.

Aِdapted by: Sami, the bedouin.