Many candidates in the U.S. elections for president pandering to the conflict in the Middle East, adding more turmoil rather than finding solutions

America’s short sighted foreign policy on the Palestine question plays well in the current presidential elections.  The Arab-Israeli conflict is an attractive medium for pandering to campaign donors and to voters. As a result, the presidential primaries add fuel to the tension between the two sides. With jaws dropped Palestinians watch leading US presidential candidates compete in their display of unbound support to Israel’s questionable occupation policies and resistance to peace negotiations.

Rising instability in the region has given Israel and its US allies in Congress a pretext to ignore Israel’s occupation of the Palestinian Territories. For over seven decades Washington has supported Zionism unconditionally; yet over this long period successive US governments have proclaimed to be sincere and balanced in the promotion of peace in the Middle East. The Arab and the wider Muslim world are alarmed by Israel’s extended and expanding occupation.

Despite a rising tide of Islamophobia in the US, Arab Americans continue to be proud of their relative ease of assimilation in America. Isn’t it telling that the majority of Arab Americans of Detroit have voted for a Jewish primary candidate: Bernie Sanders? This same community voted for George w. Bush – against Al Gore- in the presidential race of 2000. This politically sophisticated minority is wise to find common ground in an authentic Jewish presidential candidate.

Despite the media’s tendency to focus on negative news, relations between Arabs and Jews in America remain on the whole civil and cordial. That is how it should be. It is my feeling that many in the Arab world can visualize Israel as a future business partner, should the occupation end with a peace treaty. This attitude underlies the 2002 Arab Peace Plan. It is not accidental that Israel’s peace with Egypt and Jordan has survived despite the frustration with Israel’s occupation of the West Bank and the isolation of Gaza. Arabs today still believe that Israel standing parallel to a future Palestinian state could serve the region as an engine of creativity and social change. However, sadly, peace is an illusion today, given the dominance of corrupt leadership among Israelis and Palestinians alike

As for Israel, not all American politicians are of the same bent of mind. The Republican candidates are more comfortable in making outstanding solidarity pledges to Israel. The most eager politician pandering to Tel-Aviv is recently disheartened Marco Rubio.

“There is no such thing as an honest broker” in the Arab-Israeli conflict, Marco repetitively declared in his campaign.  Rubio’s shallow politics was not too effective; he suspended his campaign this week.  Next to Rubio in enthusiasm for unconditional support to Israel’s hawks is Ted Cruz, who pledged cutting of US funding to the Palestinian Authority and moving the capital to Jerusalem. Should Cruz win the Republican nomination God help the Middle East. He would shred the nuclear agreement with Iran and hug the Middle East Christians to death- by warning them to distance themselves from their Muslim environment and rush to support Israel. A Cruz presidential win is a formula for emptying the Middle East of Christians.

Despite his zenophobic policy of barring Muslims to enter the US, Donald Trump is somewhat moderate on the Arab-Israeli issue. Trump declares that he is “sort of neutral” in order to make a “deal” on Mideast peace. But in reality Trump has no talent for diplomacy and he has lost his friends in the region.

It is interesting that the Ohio candidate John Kasich sounds very rational on many US domestic issues, but when it comes to Israel and Iran he is a hard liner. Anyway, the Ohio governor has no chance to win the primary nomination.

The Democrats are hesitant to go all the way in supporting Israel.  It is ironic that Bernie Sanders, the only Jewish candidate in this race, has the most sensible position on Palestine. The liberal Jewish candidate speaks candidly about his plans of “leveling the playing field” for the Palestinians. As a result of his poor showing in the March 15 primaries Sanders has a slim chance of beating Hilary Clinton.

The leading Democrat candidate Hillary Clinton is clearly pro-Israel but she is not against Palestinians. She is against Israel’s “illegal settlements” and is supportive of a two-state solution.  These days, any US politician who opposes Israel’s settlement expansion and calls for the revival of peace talks gets poor grades in Tel- Aviv. But when it comes to Iran, Syria and “our Sunni Arab allies”, Clinton sounds more Israeli than liberal Jewish Americans and Israeli peace activists.

Has the world forgotten Palestine? The Palestinians people are being pushed to their limits in having to accept eroding international norms of justice. It is no longer practical to plan for an independent Palestine when Palestinian land is disappearing through settlement construction. Expanding illegal construction goes hand in hand with a growing sense of Israeli entitlement to the land between the River and the Sea, an area in which six million Palestinians live.

The quality of the debate on the Middle East in this presidential election does not bode well for the shaping of foreign policy of the new US administration. With all the faults of Obama’s Mideast policy, in 2017 the international diplomats will miss his cool minded approach to an excessively troubled region. 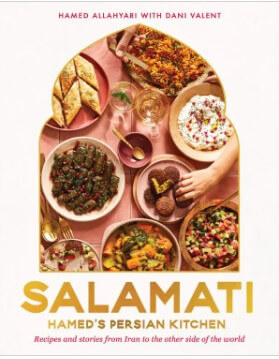