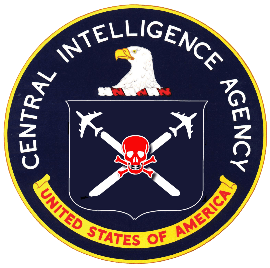 By Sami The Bedouin

This happened in Ramallah a few days ago: 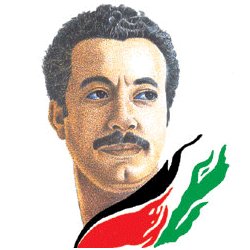 He went to his work in a “ministry” in Ramallah and in less than an hour he came back, it wasn’t 9 am yet when he came to find his roommate (who works in the private sector) still at home.

-“What’s wrong? Why you are back so early?” his friend asked surprised.

-“The server is down and they asked us to leave and rest for the day.”

-“Oh really? What about Nizar? What is he doing there? He’s genius. He can fix all the servers of the Middle East in a few minutes.” His fried asked.

-“He was also asked to leave. They don’t want anybody to be there.” He replied looking down on the floor.

-“What “minister” are you talking about? We don’t see him but once a year. He’s either drunk in a party or sleeping at home. It seems they send their orders to his laptop.”

-“Sure. They control everything you can imagine. They installed the T-Share system in all the “ministries” and they have a full access.”

-“Hahahaha … it is a T-SHARE man, not a T-shirt. A computerized system that classifies and ranks information into security degrees, from a full access zone for normal information to a TOP-SECRET information that only them have access to.”

-“Oh! Then the “minister” is a limited access man? Just a law rank agent?”

-“How can I know? I am just a simple officer. But everybody knows that everything is business now, even collecting security information to the CIA, and not only here in the West Bank, we are active in all the Arab countries.”

I know, and every simple janitor, or a naive camel herder in Ramallah knows that the PA has no control not in Ramallah downtown nor even inside their “ministries”. 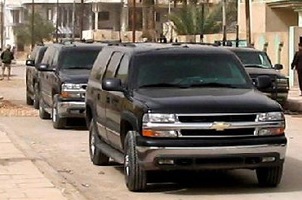 This is no longer a “Top-Secret” now. A few years ago, a simple camel herder told me that in spring 2011, the Americans took the “ministries” ONE BY ONE. They used to come to a certain “ministry” and work for more than a fulltime day and over a week or so in every “ministry”. They used to come in their glass-blinded and bullet-proof (and probably rocket-proof) black Jeeps and scrutinize everything in the “ministry”; studying the system, analyzing the computer programs, downloading all the information in the “ministry” computers and finally installing their own controlled programs.

Now everything is under the CIA control. There is no need for “government”, “ministers”, a “prime minister” nor even a janitor in our “ministries”. Anything you want just ask the janitor in the CIA offices in Jerusalem and he will do the job.

Is it a “TOP-SECRET”? Hehehehehe ! No, not anymore after my donkey told me that: “Look Sami! Any government under occupation can never be but a grotesque sub-occupation. Sami! You are a fool, go read about the Vichy Government, first, then come to discuss occupation, the rule of occupation and the “rule of law” under occupation. Did you hear any word other than OCCUPATION? The Hell Sami, go to your camels !”

Thank you donkey, I really appreciate your wisdom !

By: Sami, the bedouin