Lebanon under threat from Syria‘s turmoil

Washington DC — The breakdown in Syria is increasingly impacting Lebanon. The borders between the two countries are no longer significant, given the flow of fighters in both directions. Over the past three days intense battles in Tripoli, Lebanon’s second city in the north, have caused heavy casualties among ISIL inspired fighters and the national army. The Islamic jihadi insurgents are especially active in the northern and eastern side of Lebanon. The army claims to have the upper hand now but the situation is too complicated to allow the military a clear victory. This weekend ISIL and other jihadi groups have been active in fighting on several fronts in Lebanon, Syria and Iraq.

Refugees from Syria have been drifting in large numbers over the last three years. A third of the Lebanese now consists of Syrian refugees or camp residents displaced from Palestine in 1948 or 1967. Considering other minority groups, nearly every other Lebanese resident is now a non native.

Lebanon has been vulnerable even before Syria’s Arab Spring started exploding across borders. The military is weak. Armed groups and thugs dominated the country during a 15-year civil war which ended in 1990. Militant groups gone wild disarmed as the civil war ended, with the Hezbollah’s party refusing to dismantle its entrenched and widespread military operation. This Shiite militia gained popularity after it forced Israel to withdraw from Lebanon in 2000 and it showed post war magnanimity in reconciliation with the other Lebanese communities.

Hezbollah considered itself a permanent “Resistance” against Israel, but since last year it has been fighting in Syria. The Lebanese are sharply divided on Hezbollah’s role in Syria. There are those who believe that Hezbollah has saved the minorities of Syria and Lebanon from ISIL’s evil and there those who believe that Hezbollah’s alliance with Assad has brought the evil of ISIL in. Now Hezbollah provokes the majority of the Lebanese and the larger Sunnite world.

The Lebanese tourist industry is down. National debt, one of the largest (per capita) in the world, is on the rise again.

The future of Lebanon is intimately tied to Syria’s; and Syria’s future is connected with Iran’s. By November 24 the outcome of nuclear negotiations between Tehran and six major powers will be known. Should Iran strike a deal with the P5+1, President Rouhani would be expected to gently ease out President Assad from power with a face saving formula. Such a diplomatic feat could be achieved only if Iran is freed from sanctions. The rebuilding of Syria would then be possible. It is hard to believe that reason would dictate conflict resolution in the Middle East.

Developments in Lebanon and Syria could be an outcome of larger dynamics. Local papers discuss a grave scenario to “fragment the region”, to “divide the already divided”, into sectarian mini states. Many are convinced that Israel and the US exploit internal Arab tension to reorganize the region into smaller, sectarian, dependent and docile states.

Western analysts consider such “manufactured Mideast conspiracy theories” as defense mechanisms to project blame on the West and thus avoid taking responsibility for what went wrong in the Arab affairs.

Political pundits have predicted a rapid pace of deterioration for Lebanon, but the people of this unique state has proven to be able to stand firm against immense destabilizing forces from the outside.

Lebanese society is still fairly integrated despite demographic distancing between religious communities during the latest civil war. Christians and Muslims still share residence and the workplace; they attend the same schools, have common leisure facilities and cooperate in business enterprise.

Even with its sectarian power sharing – where the president has to be a Catholic (Maronite) Christian, the prime minister a Sunnite and the speaker of the parliament a Shiite – Lebanon has been a passing- grade  democracy since its inception in 1920. Of the eighteen recognized ethnic and religious communities, none feel oppressed by their neighbors. There are no strong majorities, albeit, Christians have an advantage in education, Shiites in the military and Sunnites in access to Arab connections and petro dollars.

With freedom comes hospitality. The Lebanese people have been generous in hosting Arab and non Arab refugees over the past century.  Eight percent of the Lebanese are of Armenian descent. This tiny country used to be the playground for businessmen and a safe haven for “wanted” Arab revolutionary figures.

Lebanon draws moral and financial resources from its expatriate community. The Diaspora is strong and supportive of homeland. There is extensive wealth and talent among the Lebanese abroad. Strong communities of Lebanese background thrive in Brazil and the rest of Latin America, West Africa, Montreal (Canada), Detroit and other US metropolitan centers, and in Dubai and other Arab Gulf cities.

The expatriate Lebanese appreciates Lebanon as an idea: celebration of diversity. The outside world used to view Lebanon as “Switzerland of the Middle East”. The international community remains in solidarity with the Lebanese “experiment”. Will this experiment survive as Syria is unraveling? There is no easy answer. Lebanon is today dysfunctional but so far it has been resilient. 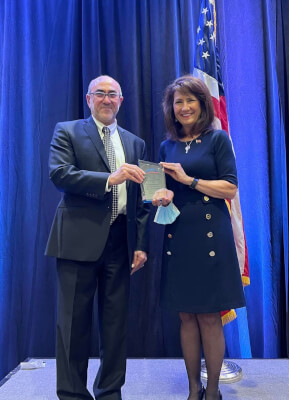